Maximize Your Chances of Landing a Faculty Job 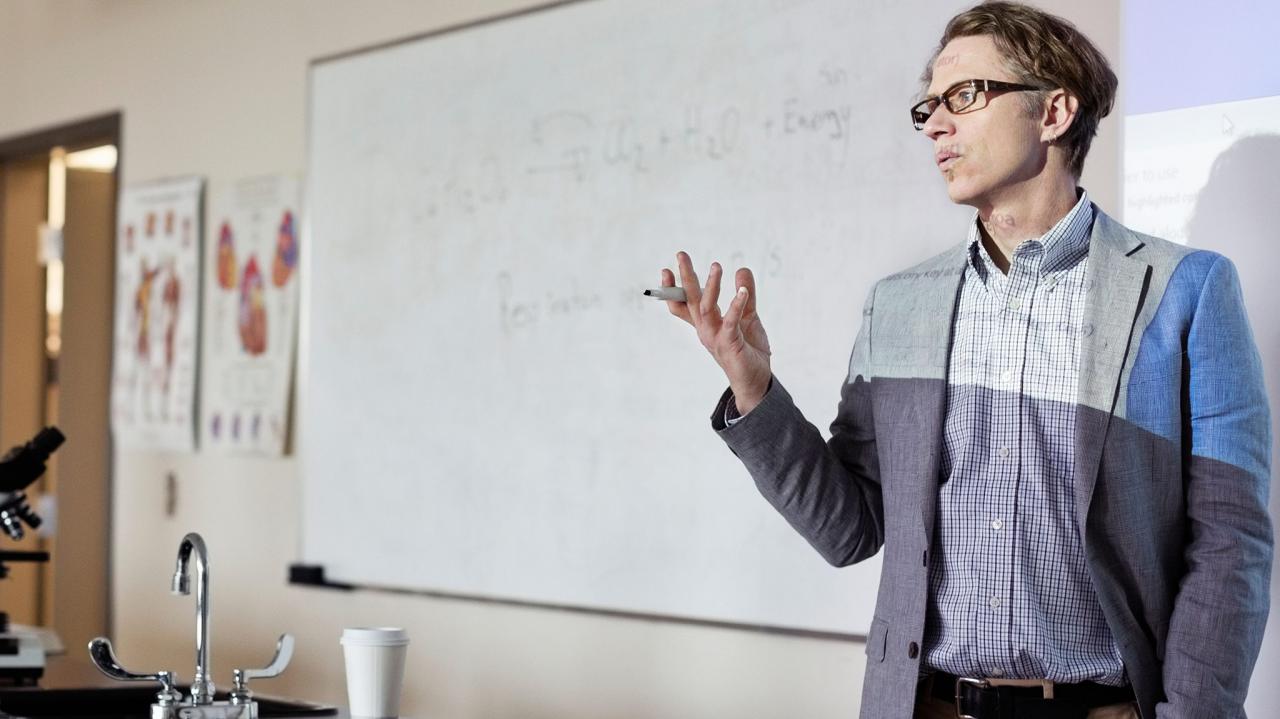 Maximize Your Chances of Landing a Faculty Job

Immediately after finishing a Ph.D. in computer science at Stanford University in 2012, Philip Guo took a software engineering job with Google in Mountain View, California. By that time, Guo, who had obtained B.Sc. and master’s degrees from the Massachusetts Institute of Technology (MIT), had already done a string of corporate internships, including stints at Google and Microsoft. While he was in grad school, industry seemed like his best option. “I didn’t think that my grad school publication record gave me a good chance at obtaining a faculty job,” he says today.

At Google, Guo started working to design better interfaces for online education. He began his new job just as the topic was receiving massive public attention and academic researchers were entering the field.

You are going to become a colleague, that’s the position you’re applying for, so you should behave like one.

Guo saw an opportunity. After 7 months in industry, Guo quit his job at Google to interview for tenure-track faculty positions across the United States. Eventually he accepted a faculty offer at the University of Rochester. Guo attributes his success largely to lucky timing, and there is luck involved in almost every job search. Still, the time he spent at Google as an employee made him a much stronger candidate for a faculty job. “What I lacked in grad school [was] a future vision for what I wanted to do,” he says. After his latest Google stint, “when I applied for jobs I had that vision and I conveyed that very strongly.”

How do you know if you’re ready to apply for faculty jobs? One crude measure is the number of papers you’ve published. An applicant “with no publication will get a harder time getting recognition than one that has three or four,” says Jonathan Dantzig, who is a professor emeritus and research professor in the Department of Mechanical Science and Engineering at the University of Illinois, Urbana-Champaign. Having a couple of papers in top journals also helps. “But it’s not the only thing,” says Dantzig, adding that young scientists should focus on doing good-quality work, publishing when they’ve got something to say, and presenting their research at meetings so that other people know about them.

Often, academic employers are aiming to evaluate something that cannot easily be counted. In astrophysics, where numbers of papers vary greatly depending on the subfield, numbers of publications can’t be compared. “We really do go away and read papers that individuals have published and actually try to assess the quality of those rather than simply count the numbers,” says Paul Hewett, who is the director of the Institute of Astronomy at the University of Cambridge in the United Kingdom. His institute also seeks to understand the applicants’ particular contributions to each publication, and it looks for evidence of independence.

Hewett maintains that the amount of time you’ve been out of graduate school is a better indicator of your readiness than how many papers you have. “One does want to see that the individuals have had time to show that they’ve got … leadership qualities and are able to direct their own research in a productive fashion,” Hewett says. Aspirants to a faculty position should also demonstrate their capability to secure grants and attract high-quality scientists to work in the lab, he adds. In astrophysics, he says, that typically means being in your third postdoc position.

Guo’s newfound vision made it much easier for him, and for potential employers, to evaluate his fit to the jobs offered—and that is, perhaps, the most important factor in hiring transactions. Professors are expensive: By the time you’re up for tenure in the United States, your research institution “has already invested a couple million dollars in you,” Dantzig says. That means that institutions have a lot at stake when they make a decision. “If it’s not a good fit then it doesn’t work for either of you.”

Any job search should start with a self-assessment, to help you make explicit what you’re after and what you can offer. Ask, “What are my qualifications?” and “What will make me happy working in a job?” Dantzig suggests. “If you are somebody who really likes to teach and research,” but for whom research is not the highest priority, “then you shouldn’t be going for a top-tier research institution.” Be selective, but also rank your priorities and keep an open mind; if only a position at a particular university will satisfy you, your odds of success will be slim, Dantzig adds.

Once you have your self-assessment in hand, go out and look for real opportunities. (One nice thing about faculty posts is that, in contrast to positions in industry, they’re almost always advertised somewhere.) For each open position that looks interesting, you should put yourself in the position of the hiring committee: What are their needs? What kind of scientist are they after? Answers to those questions can range from broad and vague (though these are rare) to narrow and specific—from ‘a scientist with the potential to lead a major satellite or facility project’ to ‘someone who can write code for this new major project,’ Hewett says. Whether they’re broad or specific, assess how you fit those needs, in terms of discipline, skills, and the particular role you’ll be playing.

If you want to be competitive at a top institution, a strong academic record is, of course, essential. But your fit to the position is just as important, and it’s your job to make sure that the hiring committee sees how well you fit, especially in the early rounds where each application may get only a cursory glance. The best way to keep your application in play is to tailor it carefully to the opening. Your cover letter, in particular, “should be specialized for each job that you’re applying for,” Dantzig says. Pull out a couple of things from your CV that relate your experience to the job ad, or focus on things that are likely to be of special interest to the institution, like the ability to teach several of their courses, he continues.

Pay attention to detail: Sloppy, generic cover letters and a failure to provide the requested documents will deter most reviewers from looking further, Dantzig says.

Another way to stand out at this stage of the selection process is to deliver your application alongside a personal recommendation. “It can be quite helpful for your adviser to call and say … ‘this person is very good, I think you should take a good look at him’,” Dantzig says. Alternatively, introduce yourself to people from the department at meetings and conferences. Some people may shy away from such tactics, finding them too bold—but “You are going to become a colleague, that’s the position you’re applying for, so you should behave like one,” Dantzig says.

Most of Guo’s applications went to institutions where he had connections. “There are so many people that are well qualified,” so “when it comes to the final cut, having a contact either directly or indirectly at the school, I feel, made a very big difference,” says Guo, who is currently doing a 1-year postdoc at MIT, focused on user interface design. (Guo deferred his position at the University of Rochester until fall 2014).

In most places a huge part of your job interview is a research seminar, often called a job talk. “Your job talk is the most important thing, as that shows not only what you’ve done but also what you want to do in the future,” Guo says.

Tailor your seminar so that it is accessible to an audience that includes not only subject-matter experts but also students and people outside your field, Dantzig suggests. “The people who know the topic are looking for your depth. The people who don’t know your topic are looking to see how good a teacher you are.” Both groups want to find out whether you can see and convey the big picture and how charismatic you are.

The search committee wants to assess your particular contribution to the research you present, especially if you come from a top research lab or worked as part of a big collaboration. But they are also testing your command of the topic as a whole and your long-term ambition. “We’d certainly be looking for … a vision … of where they see the subject as a whole in the future and where they see their path in that,” Hewett says.

Almost every academic job interview includes one-on-one chats with faculty members. Avoid trying too hard to impress. Instead, “just seek a genuine engagement,” Guo says. Your work, their work, what it’s like to be a faculty member at the institution—these are ideal topics for these one-on-one sessions. So be prepared to talk about their research and how it might mesh with yours. “When I went to every school, … before my interview, I read everybody’s Web page, I wrote a short summary of everybody’s work in my notes, and also what things I’d be interested in about their work or how that might tie in with my work,” Guo says.

If you make it to the on-site interview stage, you can relax about your credentials; they are fine. The objective of the one-on-one chats is mainly to evaluate—and to demonstrate—that your personality and interests fit in well. “I think what really makes the difference is showing that you can be a good colleague and a good citizen in the department,” Guo says.

Did the interview go well? Good—but you’re not quite done. If you want to make a lasting impression, write polite, personalized thank-you notes to the people you met during the interview, Guo suggests. “I tried to touch on some of the subjects we talked about or offered to send papers again.”

Do you really want this job?

One other thing that might have worked to Guo’s advantage is his genuine motivation to work in academia. “A lot of professors encourage their grad students to apply for faculty jobs because it’s what they”—the professors—”value. But some job candidates, when they come for the interview, are not super-sure they want to do it,” Guo says. His industry experience made it clear to him that academic research and teaching fit him well. “It helped me the most in terms of being able to convince myself and convince others of why I really, really, really wanted the job, and that came through very well in the interviews.”

Perhaps the best strategy for young researchers aiming to increase their chances of landing a faculty job is to pursue topics that interest them deeply and take advantage of the opportunities that arise. “If you’re a new grad student … you have no idea in 5 or 7 years whether that topic will be sought after by employers, there is just no way to predict,” Guo says. But “If you’re doing what you like doing, then even if the faculty opportunity doesn’t come up, you will find other good opportunities in your career” elsewhere.